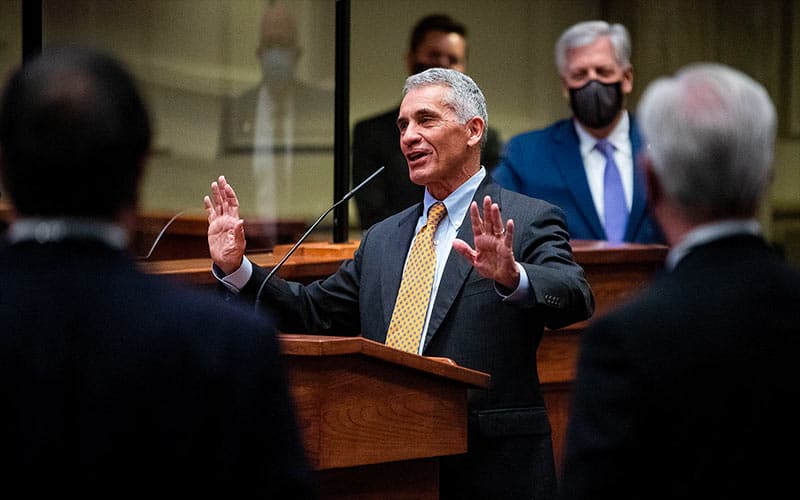 Last year, Barny Frank worked hard to try to get the anti-UIGEA bill that he and up to 70 other congressman had co-sponsored through the 111th congress. Unfortunately, the bill met with no success and Frank was unable to get the bill to see the light of day, despite the overwhelmingly democratic presence at the time. The House Committee on Financial Services has released a press release which indicated that a new mark up of the original HR2267 was presented to the 112th congress on March 17th, 2011 in a bi-partisan effort to have the legislation considered for hearing. The bill was presented by Congressman John Campbell (R-CA), and Congressman Barney Frank (D-MA) as one of the leading sponsors. Congressmen Peter King (R-NY) and Ed Perlmutter (D-CO) were also included as leading co-sponsors.

The press release indicated that the new bill is identical to HR 2267. Everyone in Congress is aware that the UIGEA has been unable to curtail and prevent Americans from gambling online, as pointed out by Campbell. He made the point that if Americans want to participate in online gambling, then they might as well provide them the freedom and consumer protection to do so. The PPA (Poker Players Alliance) is a strong supporter of the new bill, and has indicated that a Federal law is more appealing than individual state laws as the state laws dramatically limit the pool of players.

The proposed legislation includes licensing requirements for vegas online casino and poker room operators, which cover safeguards to preventing money laundering, fraud, compulsive gambling, and underage gambling. It ensures that online gambling sites do not target compulsive or underage gamblers in their advertising, and also prevents licensed gambling sites from accepting wagers from anyone that has been placed on the self excluded list. Like the UIGEA bill, the new gambling regulation bill does not allow players to use credit cards for funding their online gambling accounts, and prohibits las vegas online sports betting altogether. Players will be required to establish financial loss limits.

One strike against the newest anti-UIGEA bill is that the most staunch opponent to online gambling, Spencer Bachus is now the chair for the House Financial Services Committee, which is likely to affect how hard Campbell and Frank have to work to get the bill to the floor. The regulation of online gambling could certainly help the United States with its looming national debt situation as millions of dollars in tax revenue would result from the legalization of online gambling, something we’re hoping will sway those currently opposed to the bill. Time will tell us if the bill has any hope. In the mean time, individual states such as New Jersey and Florida are considering state legislation which would legalize some forms of online gambling for its residents.