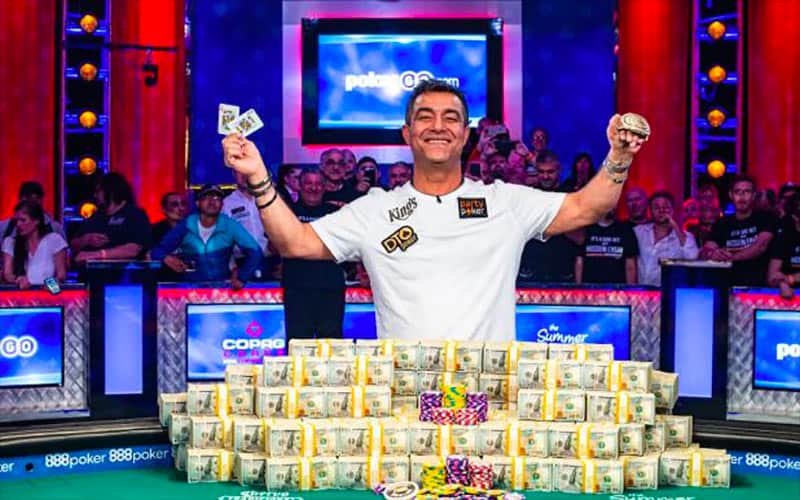 Las Vegas poker tournaments are doing quite well, thank you very much. Since Vegas gambling online now includes both legitimate offshore Vegas online poker options as well as the relatively new state-based online poker offerings, the virtual poker choices available to the Nevada gambler are plenty. And one of the most popular Internet poker options is playing in tournaments. Add the fact that in and around Las Vegas, Nevada has multiple physical poker tournaments offered daily, weekly and monthly, and poker tournament lovers have got to be as happy as a kid in a candy store in the Silver State.

The two state-sponsored websites, run by Ultimate Poker and WSOP, have been pretty much equally supported in online traffic for tournaments, cash games and sit-n-goes. Just having wrapped up the physical World Series of Poker, WSOP kicked off their most recent weekend with $3,000 and $1,000 Friday and Saturday Rebuy and Add-On tournaments running each of those two days. On Sunday WSOP offered a $15,000 Weekly Sunday Guarantee which has been very popular in the early goings at that website. All in all the past week, WSOP offered seven events with guaranteed money of $1,000 or more, with a total of 592 players competing for 102 prizes. With odds of better than the one in six winning a prize, a total of $29,918 was paid out in those tournaments.

At the Ultimate Poker website, there were nine Las Vegas poker tournaments on the virtual felt with a guaranteed $1,000 purse or larger. 504 Internet poker players joined in the competition, fighting for 74 payouts which delivered $27,640 in winnings. That website’s Guaranteed Sunday $10,000 tournament was won by “MikeRoLoVe”, who took home the first prize of $2,668. At UP, the Vegas-based virtual tournament offerings also saw “Rick2007” take down two first places and a second to bring home $2,851. Las Vegas poker tournaments also found online include legitimate offshore operators like Bovada Poker, which has been delivering legally licensed Internet poker to Las Vegas, Nevada and US residents for years.

Bovada’s most attended tournament is the weekly $100,000 guaranteed tourney the company calls The Big Deal, which pays at least $20,000 to first place and allows you to qualify for as little as $1. On Sunday Bovada is definitely the place to be online if you live in Nevada, or anywhere in the United States for that matter. The respected company delivers guaranteed Sunday prize pools of over $275,000 in its poker tournaments, and obviously can offer such large guarantees as opposed to WSOP and UP because of its years in the business, having already developed a reputation as one of the top US Internet poker providers.

As far as brick-and-mortar Las Vegas poker tournaments go, the many casinos running in that city deliver daily, weekly and monthly sit-down tournament offerings. Just recently the WPT Doyle Brunson Five Diamond World Poker Classic kicked off at the Bellagio, consisting of a series of eleven events with buy-ins from $1,080 to $100,000. A prize pool of more than $4.3 million has been generated for the main event, from 449 entrants. The high dollar Vegas poker tournament runs from December 6 to December 11. Whether playing online at a rich and reliable offshore Internet poker provider like Bovada, at one of the new online poker offerings delivered by the state-sponsored WSOP and UP sites, or traveling to a land-based casino, Las Vegas poker tournaments continue to be plentiful and rewarding as we wrap up 2013.