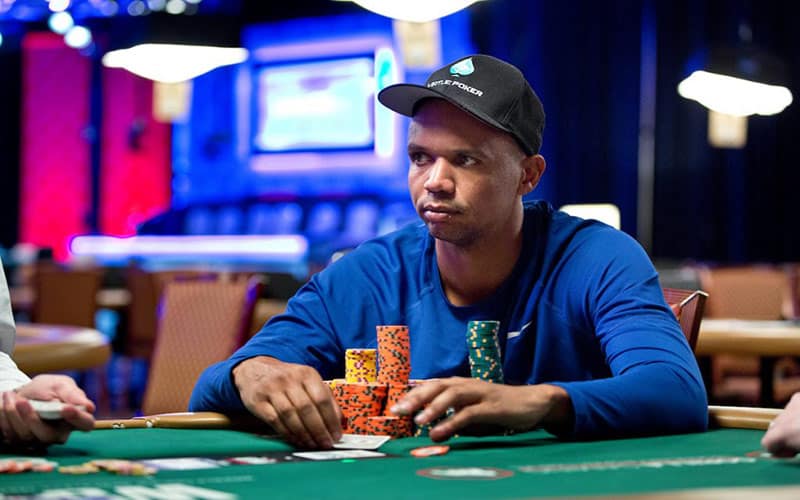 It is hard to feel bad for a guy like Phil Ivey. He is a well-known and popular professional poker player, he has won 10 World Series of Poker bracelets, and is a multimillionaire pulling down huge endorsements and cash winnings playing the game that he loves. Now Mister Ivey can add another label to his impressive resume … card cheat.

Back in 2012 Phil Ivey was enjoying some high-stakes Punto Banco (a form of baccarat) at Crockford’s Casino in London. Before he was through, the talented card player best known for his WSOP Texas Hold ‘Em exploits had taken more than £7.7 million ($12.3 million) of the casino’s money. The news hit Twitter and social media, just about everyone commented what a great all-around card player Ivey must be, and the story died. That was until Crockford’s withheld payment, and claimed that Mister Ivey was using an “edge sorting” strategy to receive an unfair advantage in the game, something that casinos consider cheating.

The High Court in London ruled that Ivey had given himself “an advantage which the game precludes.” That was the ruling from Judge John Mitting, who found that the casino was totally justified in withholding Ivey’s winnings. Edge sorting is the practice of exploiting flaws of certain card manufacturers which allow you to distinguish low cards from high ones by viewing the side edge of the cards.

Ivey is obviously a global celebrity and gets extra special treatment at most casinos. When he and his beautiful Asian associate entered Crockford’s on the night in question, they requested and were seated at a private, high-stakes baccarat table. Ivey began immediately betting as much as £150,000 ($241,000) on each hand. After initially losing, he began to win hand after hand.

Obviously, this could never occur through a Vegas style online poker environment or any type of Vegas online casino destination as you have to be able to physically see the deck of cards in order to achieve this type of result. Even live dealer casino games could not provide this type of advantage despite the fact that real cards are used.

Incredible Concessions Were Granted Ivey, and He Took Advantage

If that does not sound like cheating, you may need to hear the whole story. Ivey’s associate asked that the dealer turn high valued cards in the deck 180 degrees. Ivey had requested and also received a specified brand of playing cards. Ivey’s explanation at the table was that he had superstitious reasons for wanting to play with the deck set a particular way.

Because of the cut of the cards on one side, and the way high cards and low cards in that particular brand’s Punto Banco deck are printed, it is sometimes possible to be able to designate low cards from high ones when you view one edge over another. In a game where your intent is to form a hand closer to 9 than that of the banker or dealer, knowing whether the next card is high or low is of extreme and obvious importance.

After the High Court ruling, Ivey said he was “disappointed”, but appreciated the fact that the ruling judge noted he was a truthful witness. And honestly, neither the casino nor Ivey have really disagreed too much on what happened. The casino claims that edge sorting is an illegal activity, but if so, why did they allow Ivey to choose a specific deck and have it aligned in a manner which would give him the upper hand?

Ivey has never admitted he was “cheating” in any manner. He simply claimed that he was using “a legitimate strategy” that exploited “Crockfords’ failures to take proper steps to protect themselves against a player of my ability.” As reported by the Washington Post and other reputable news outlets, the judge perceived Ivey’s strategy as cheating. Since the wealthy young card player never realized the $12.3 million in winnings, this is probably not as hard a blow to take as it appears. But the hits might just keep on coming.

The Borgata in New Jersey has sued Ivey for more than $9.6 million that he won and was paid, also in 2012. Around the same time, he was exploiting the edge-sorting technique in London, he hit the Borgata Hotel Casino and Spa over several visits in Atlantic City and was paid his winnings. In April 2014 the casino sued Ivey and is now pointing to this London High Court ruling as proof that Ivey intentionally cheated.

The incident in New Jersey occurred over 4 different baccarat sessions between April and October of 2012. As was the case in the London lawsuit, the Borgata has named Missouri-based card manufacturer Gemaco Inc. as liable for breach of contract, fraud, conversion, unjust enrichment, civil conspiracy, and racketeering. On both occasions, Ivey was accompanied by female Cheng Yin Sun, who gave instructions to the Punto Banco dealers as to how Mister Ivey wanted the cards positioned.