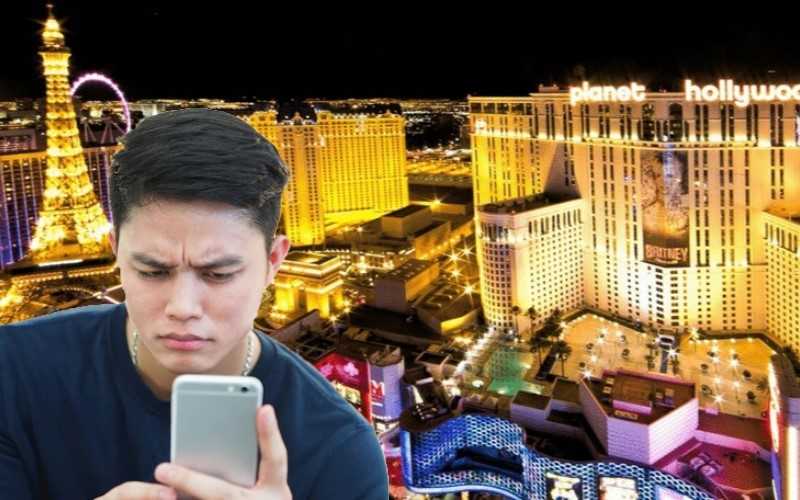 Back in December, the National Council of Legislators from Gaming States (BCLGS) held a four-day conference at Resorts World Las Vegas.

Ironically, even though Nevada is a member of the 22-state association – and even though the conference was hosted in Sin City itself – NV legislators did not attend the event.

While the state long ago approved online sports betting and online poker, these are comparative cottage markets.

Yes, players turn an incredible handle betting on sports and playing in online poker tournaments, but the dramatic majority of that money goes back to the players.

The house take on these games is tiny, and – in the case of sports betting – isn’t even guaranteed. It’s not unusual for a major domestic Las Vegas sports betting site to take a quarterly loss. If a big underdog scores a major upset, the book can go into the red.

A strong Vegas betting operator might rake in $10-20 million a year in profits. A major Vegas gambling casino makes that much in a month. There’s really no comparison. And Nevada lawmakers – as well as the Vegas casino lobby – understand this.

Sports betting and poker are viewed as “gateway” activities that actually draw more action to the gaming floors at Vegas hotel casinos, where high-margin games like slots and blackjack and roulette reign supreme.

Won some money betting on the Chiefs this past Sunday? Hey, that’s “found money”! Why not go bet some of it at the tables and really make a killing? And while you’re there, why not book a nice comfy suite, take in a few first-class meals and shows, and exit through the gift shop?

Anything that keeps people out of Vegas casinos by making casino games conveniently accessible online is going to be a non-starter at the legislative level.

Remember, Nevada doesn’t even have a lottery. That’s how big slots and table games are for the state.

iGaming Is Clearly The Future…Right?

Now, there’s no question that iGaming is popular. It’s available in six US states to date, and that’s not counting the legal online Las Vegas-style casinos that operate outside US borders and serve American gamblers nationwide.

Of course, we don’t have “official” numbers for the revenue generated by international venues. But we do have the numbers for the six states that host domestic iGaming. According to the Las Vegas Review-Journal:

According to Howard Glaser of Vegas game provider Light and Wonder, who spoke at the NCLGS conference:

“iGaming is the single most successful launch of a casino product in the history of the United States, if not globally. … In the last 12 months, in just six states, [they did] $5 billion in gross gaming revenue. If you think of the gaming market as a whole, $50 billion in U.S. commercially, that’s about 10 percent of the market and that’s six states compared with every state in the U.S. that has commercial casinos.”

There’s no denying that iGaming is a massively popular market.

There’s also no denying that online gambling got a major boost in establishing consistent clientele during the casino COVID lockdowns of 2020 and 2021.

Part of the calculus on the part of the casino lobby in Nevada is that such draconian lockdowns – which gutted Vegas revenue by over 90 percent at the height of the measures – are unlikely to be repeated in the future.

That may or may not be, and it’s a gamble.

For the iGaming advocates, it’s a gamble these casinos shouldn’t take. And to their credit, if such lockdowns become a reality every other year, it’s more likely that the powers that be in NV will change their tune going forward.

Fear And Loathing Of Market Cannibalization

Ready access to Vegas online casinos in Nevada would decimate the foot traffic to brick-and-mortar casinos, particularly among locals.

Yes, Vegas is a tourism hub, but it’s also where NV residents in and around the Las Vegas area go to gamble. And to eat. And to take in shows and concerts. And to spend a weekend – with, of course, a big emphasis on “spend.”

In gross gaming receipts alone, Las Vegas casinos average over $1 billion per month. Annually, that amounts to more than twice what the entire current US-based iGaming market brings in.

And most of that online revenue is tied to physical gambling venues and counts toward their overall retail receipts.

Casinos in states with legal iGaming make notably less revenue at their retail sites because of all the action at their online sites.

It’s not a complete wash, because there is a contingent of gamblers that will only gamble if everything is as convenient as possible (i.e. online).

But when accounting for total splits, it’s clear that iGaming isn’t bringing in an extra $5 billion annually. In other words, their online revenues cannibalize their retail revenues.

So far, we’ve only discussed the gambling aspect. What about the downmarket economies of Las Vegas? What about all the hotels, restaurants, entertainment venues, tourist traps, shops, malls, and so on?

Those revenues – which would also plummet if a significant number of players stick to online gambling instead of in-person gambling – is tougher to divine out, and estimates vary.

This – the “grand scheme” – is what the city and the state are protecting by avoiding the push for online casino gambling.

Advocates of online gambling in the Vegas market are quick to point to issues other than revenue, of course.

Just as Vegas lottery advocates clamor for the contributions to education funding such a lotto would provide, iGaming bulls point out the following (per the Las Vegas Review-Journal, emphasis added):

“[iGaming] proponents say revenue generation is not the only benefit of internet casinos. They say law enforcement can track and stop illegal online operators easier, which the American Gaming Association is pressing for.”

This argument is misleading and disingenuous.

There are very few “illegal online operators” in Nevada – or, frankly, anywhere else in the US.

For a gambling operator to illegally offer online casino games, their electronic games must be based inside the United States and hosted on US-based servers.

Because online casinos require a significant technical backend, this isn’t something a local cabal of two-bit criminals can put together. These would have to be large operations, which means they’d be easy to root out regardless of any future law enforcement tools allegedly derived of newly legal Vegas gambling online.

Tools, it should be noted, that could (and probably already do) exist otherwise.

There are plenty of illicit online sports betting services out there, as local bookies act as middlemen using otherwise legit online services. But there are virtually no illegal online casinos.

In the US, there are no laws against gambling with offshore betting operators. These sites operate fully within the confines of the law. Sites like Bovada Casino, Slots LV Casino, BetOnline, and MyBookie are safe and legal to use.

What’s more, many of these sites – such as Bovada and Slots LV – already don’t accept Nevada residents. This is part of a so-called “gentleman’s agreement” that these operators have with NV state gaming regulators.

This entire argument is specious nonsense and won’t convince anyone who is actually familiar with Vegas gambling laws.

Solving The Problem of Problem Gambling

The second point pro-iGaming advocates make for legalizing online casino games in Las Vegas is this:

Compulsive gamblers can already limit their participation at retail casinos, as the state has a voluntary exclusion program baked into its legal gaming framework.

If anything, this position seems to claim that online casinos are more resistant to problem gambling than brick-and-mortar casinos. But you can bet that if Vegas iGaming were legalized, you’d get the exact opposite argument ad infinitum.

It’s much easier to believe that the convenience of the online game would make it easier for problem gamblers to problem gamble. And besides, all the top international online Vegas casinos already have voluntary exclusion policies in place.

In other words, the advocates here are obfuscating existing laws and safeguards to trick folks into thinking this isn’t exactly how everything has worked for years.

But we’re also rather fond of the brick-and-mortar gambling industry, and we’re not interested in seeing the Vegas Strip become an empty, bedraggled 1990s-era Atlantic City ghost town full of sad White Elephants with crumbling facades.

It’s simple, really: If you live in Vegas and want to gamble, hit up a local casino. If you can’t be bothered and just want to play online, hit up one of the sites featured in our Vegas online casino reviews.