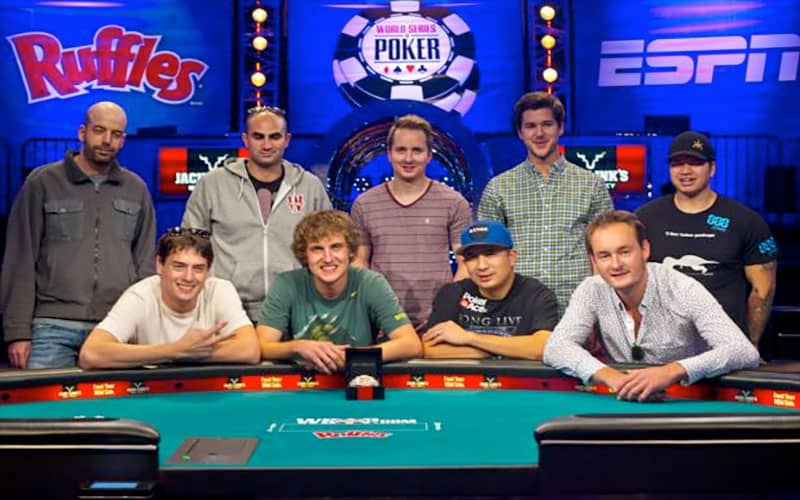 US poker enthusiasts were ecstatic when the Department of Justice decided in late 2011 to allow each individual state to decide its own online poker destiny. Since then, New Jersey, Nevada and Delaware have all legalized some type of online gambling, and Las Vegas finally launched its first online poker site offering real money options for its state residents and visitors back in April.

The well-known and Las Vegas-centered World Series of Poker brand has now entered the fray in the Silver State, officially launching real money Vegas style online poker options through their WSOP.com website on September 19. Let us take a look at the first week of play on the site, and see how WSOP online poker was received.

Compared to the launch of the Ultimate Poker website back in April, WSOP.com had a respectable and comparable opening. A peak of 113 cash players was on the site in the first 24 hours after throwing wide its virtual doors, and over the first seven days of availability, the website averaged 47 players every day.

World Series of Poker officials said they will not be signing poker pros as website advertisers or sponsors, WSOP satellite qualifiers can be found on the new website, and after Nevada residents checked out the free play options the site had been running for a few weeks, player suggestions led to several changes that WSOP made.

New Omaha game options have been added at several different financial levels, as well as extra multi-player games and tournaments. The website received a 24-hour peak during its first week of 416 players on the site at the same time, an excellent representation of the support it is receiving.

And when the final table of the World Series of Poker Main Event gets underway in Las Vegas in November, advertising and name recognition will probably boost traffic significantly. WSOP owner Caesars Interactive Entertainment has announced they will have definite tie-ins on their online poker website for following and tracking the Main Event WSOP tournament.

While Nevada is world-renowned as a major gambling destination, the population in that state is smaller than next-door neighbor California, and several other states who are pushing for legalized online poker play. However, New Jersey has already passed legislation that would allow it to partner up with the player pools offered by other legalized online poker states, and Nevada recently did the same.

This could boost numbers in both of those states, and an agreement of some kind between those two states has been in the works for a few months now. Player verification is handled through GPS technology and IP address verification from a player’s smartphone or computer, and there are age verification technologies in play as well.

Players located outside of Nevada can also join in the fun, as they can view the lobby and sit at play money tables as well. The site has put into effect a dormant account policy, which will affect your WSOP Player Points and cash balances. WSOP Points will expire after three or six months of inactivity, due to certain criteria. Players can cash out from anywhere, and do not have to be physically located in Nevada.

The new online poker site in Las Vegas opened with very little to no advertising, but World Series of Poker officials are gearing up for a media blitz tied into the live WSOP poker tournaments this year.